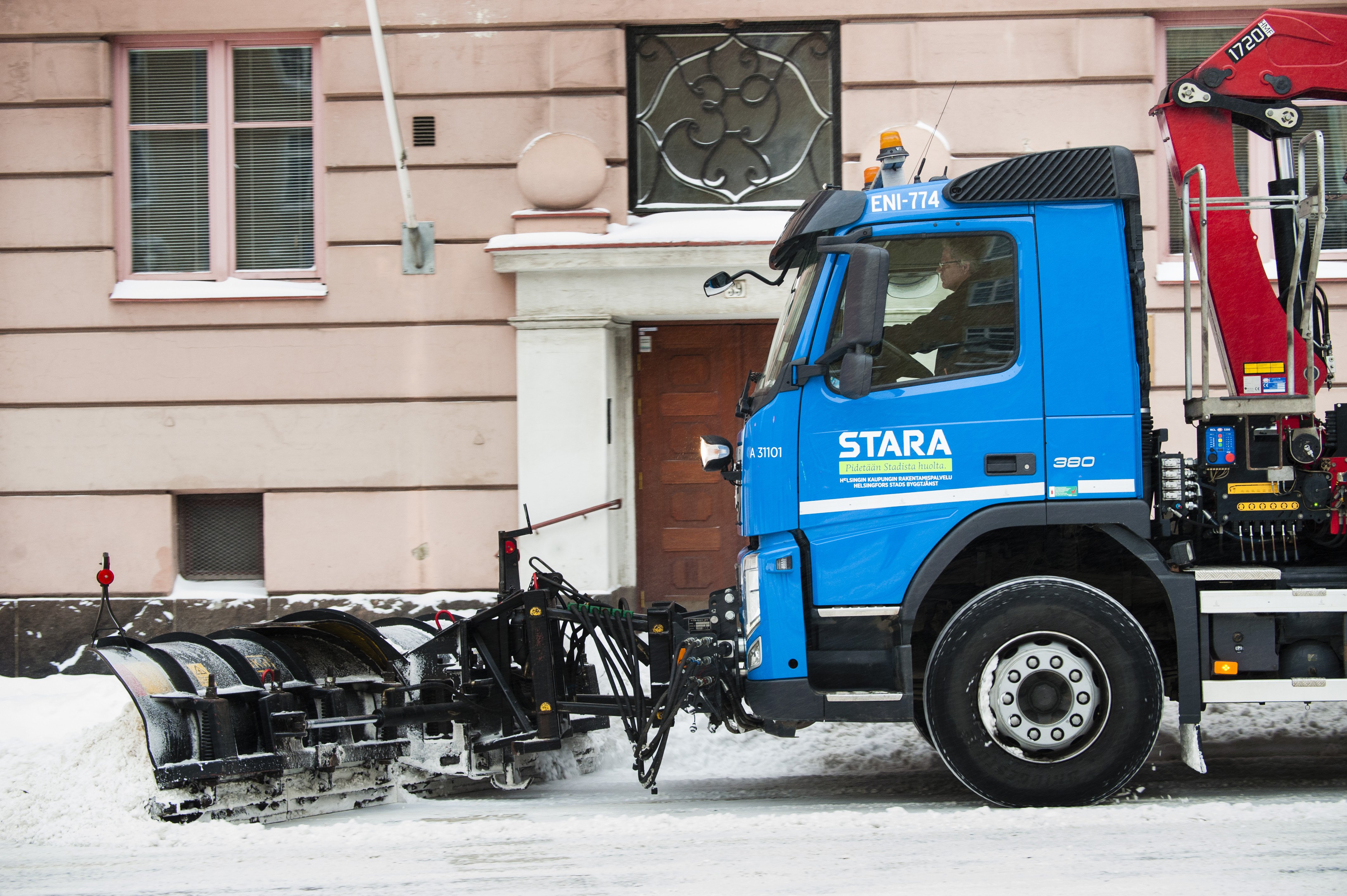 Stara partners with Flyby Guys to support with data collection and aerial drone footage to better support their daily operations.

Helsinki City Construction Services, Stara, is a versatile expert in the fields of construction, environmental management and logistics. Stara have been heavily involved in smart city solutions for many years and over the past two years wanted to build out their data capabilities. Flyby Guys have been engaged in multiple projects with Stara and the results have been very pleasing.

Stara embodies what really is a smart city, they have been championing the use of technology and data within their ongoing operations to support the City of Helsinki, Paavo and the team have foresight to trial and test things other cities would not dare to. Stephen Sutton, Flyby Guys

Every spring Stara begins to clean the roads after a winter of snow, typically deicing solutions such as laying sand prevent the roads from becoming icy for Helsinki residents. The sand removal operation normally lasts many weeks and requires a large flocking fleet to complete multiple tasks one after the other. Flyby Guys supported Stara with capturing multiple levels of data during a week of sand removal, this included both thermal imagery from the fleet and also VLOS aerial capture. Working with Vaisala and the data Stara had already collected, the data was used to provide a 360 view of how Stara performs the operations and ways to improve efficiencies.

Stara makes sure that the city's parks are always in good condition and In the spring clean all the parks to make they are presentable after winter. Stara plants thousands of flowers and keeps the parks clean all the way into winter. Especially in the densely constructed city centre, parks serve as important green spaces. Stara commissioned an aerial mapping project, led the Flyby Guys to gather 3D data in one of Helsinki's largest public parks. Our pilots worked across the site with spotters to keep visual line of sight (VLOS). The 3D map allows Stara to see an aerial perspective on how the park is presented and possible ways they can improve the experience for Helsinki residence, such as building new path ways through the park for more optimal commuting.

We’ve work with Stephen and the Flyby Guys team for the last two years and they’ve shown us what’s truly possible when combining our existing work for the City of Helsinki  and with drones capabilities. We’ve become a more digital organisation. - Paavo Lehmonen, Development Manager

Stara is a public entity supporting the City of Helsinki with construction services, operational and logistics activities such as managing streets and parks. Further information Paavo Lehmonen. Development Manager, Paavo.Lehmonen@hel.fi

Is your company looking to leverage industrial drone services like Stara? Our team are happy to help, contact us today at hello@flybyguys.com